A huge congratulations to all our core judo girl judoka, who were in action at the 2019 All girls championships at High Wycombe. We had girls representing Bishopsgate, Coworth Flexlands, Sir William Perkins and Halstead Prep school competing, cheered on by coaches Jack and Julie.

Halstead Prep excelled as a school and won a historic second title for being the top school at the championships, an incrdeible achievement- well done!!

Harriet Hitchin won a brilliant gold, her second consecutive gold medal at these championshipships. Team mates Zoe Herring and Eva Selden battled it out for gold and silver, respectively, in the u28kg division and 4 other Halstead players all came in the top 5 positions in their categories. 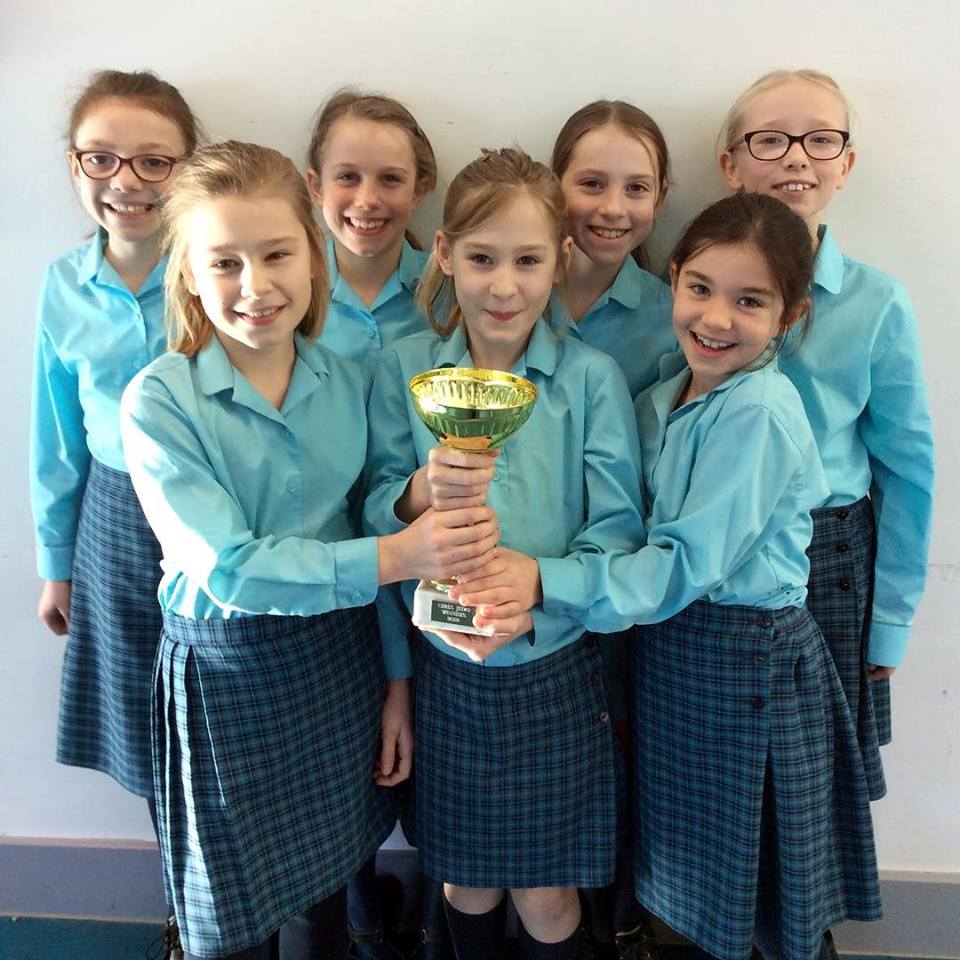 The Bishopsgate Junior judo team were in fine form at the weekend, coming a superb runners up at the Boys Judo IAPS for 8-9 year olds at High Wycombe.

Ollie and Harry Purvis were crowned national champions after throwing all their opponents for ippon – the maximum winning margin! Both boys have been working hard, both at school and in the academy at our club and this is just reward for that extra effort.

Fletcher Wheaton secured a great bronze medal after some hard fought victories-  reward for all his hard work over the years, regularly attending camps and competitions outside of the school class.

There were other standout performances including, Charlie Conifrey, with 3 ippon wins including the throw of the championships, a huge harai goshi, he finished an excellent 7th place. Jack Penny was in fine form and just lost in the bronze medal match. He showed some lovely technique with one fantastic reaction throw in particular to end up in 5th place. Harry Moore narrowly missed out on a bronze, fighting his way to the bronze medal final. He could not quite win that match but ended up in 5th place

Many of the players had excellent wins and for some it was their first IAPS experience and will have learnt a lot from this experience.

Well done to the entire squad, who proudly represented their school: 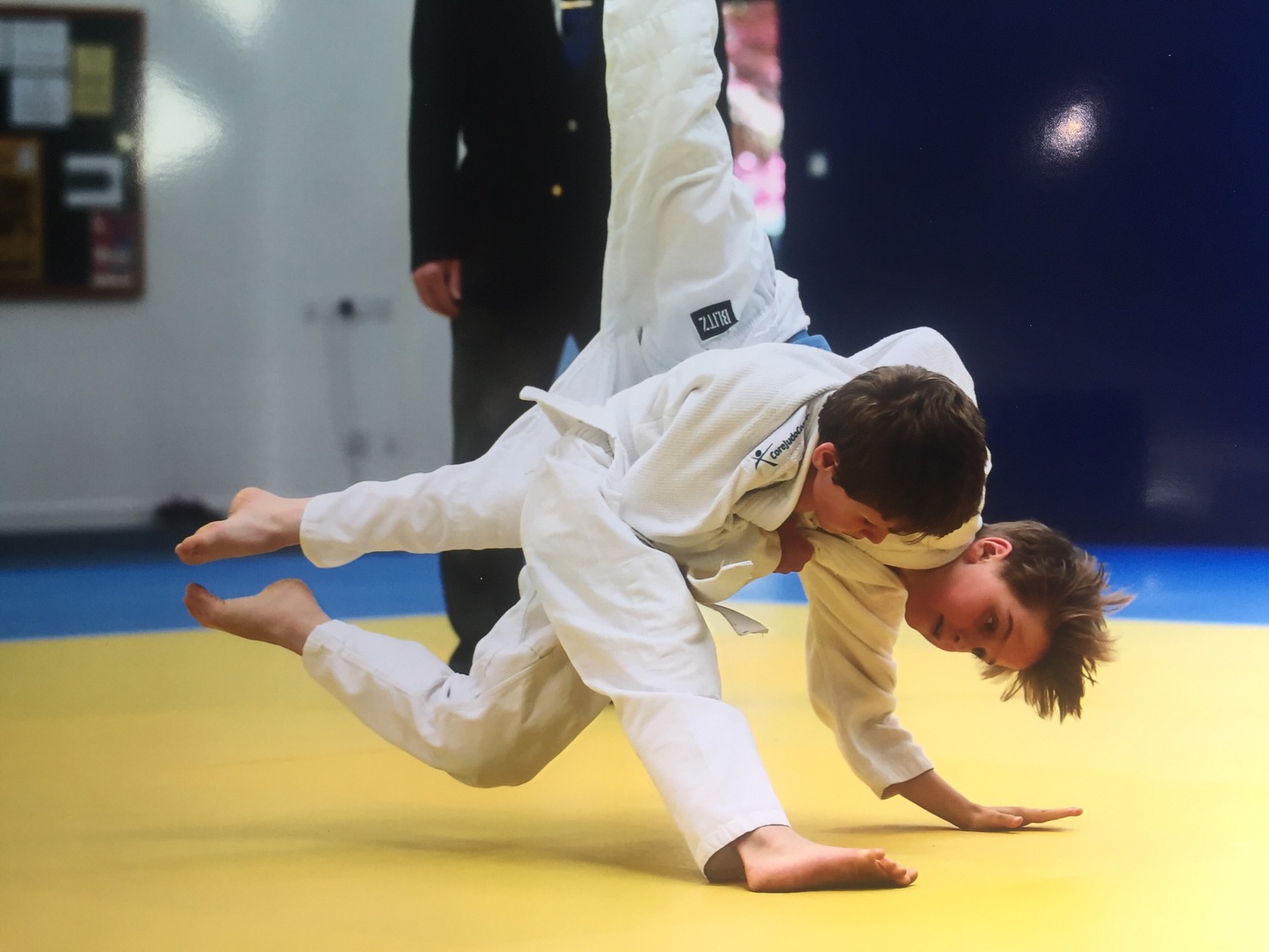 Well done to all the girls from Coworth Flexlands, Halstead Prep and Bishopsgate School who fought so well in representing their respective schools on Saturday. There were some excellent perofrmances and many girls were competing in their first ever IAPS nationals. To have medallists from 3 schools was fantasic to see, well done to : 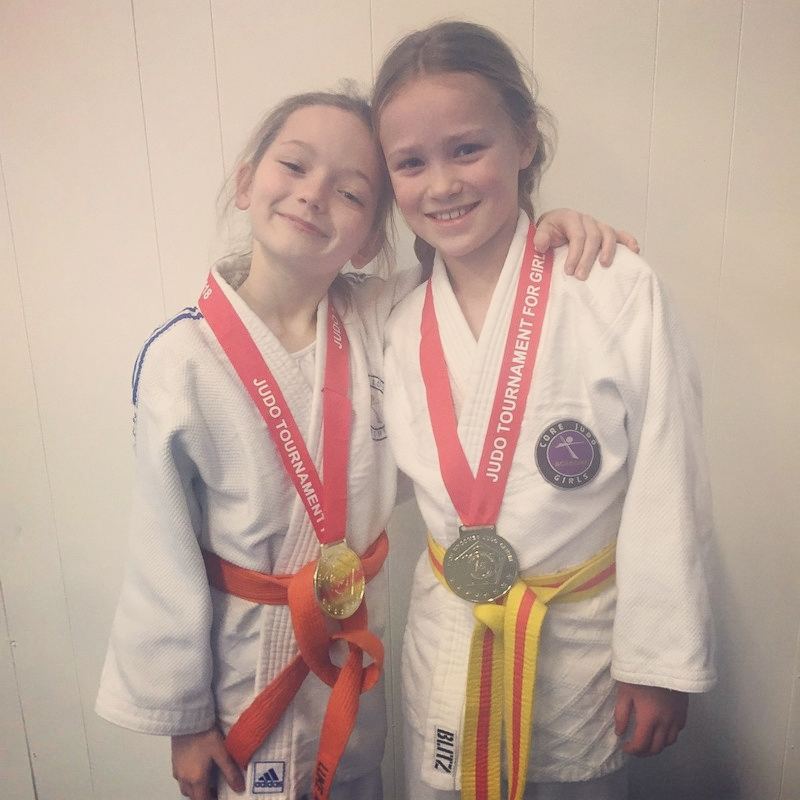 There were a host of stand out performances from a very inexperienced team which included:

Oliver Purvis produced some stunning judo to become 2017 IAPS champion, using great variety in his throwing ability. Oscar Sampson showed trenemdous heart and desire to power his way to a bronze medal. Well done to the whole team!! This means Bishopsagte school have won medals in every IAPS category this year, a wonderful achievement by the school and the judo coaches involved. 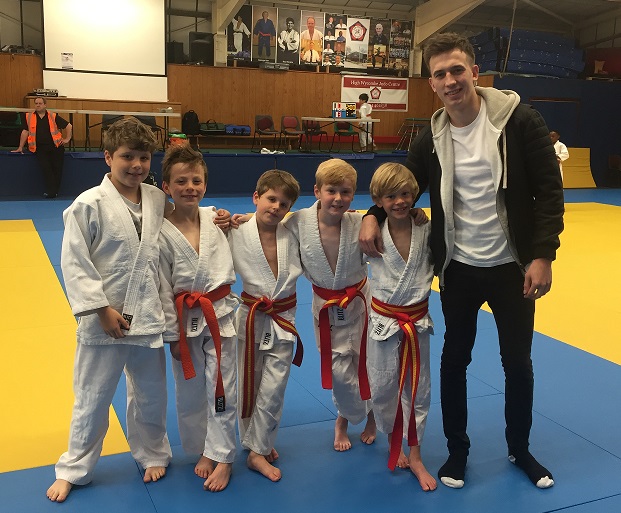 Well done to the Bishopsgate team of:

Who all fought extremely well at the IAPS Championships on Saturday 11th March 2017.

Milo showed some lovely judo and was unlucky not to be in the medals.

Thomas Dickens fought well in a tough group, winning through to the bronze medal final, where he was narrowly defeated. A great performance from Thomas and all the team, who were very young for this age bracket!

Excellent picture below with their GB coach Aaron Turner

A huge congratulations to all involved in the success of the judo team at Coworth Flexalnds, who came runners up in the overall school placement after this year’s IAPS national championships

The girls all fought courageously and but for some injuries and withdrawals, Coworth could likely have won the top school award.

A massive well done to all the entire team and selected players but particular recognition goes to:

All of these girls attend the Core Judo Academy, winner of the 2016 youth sports team of the year in both Runneymede and Surrey. 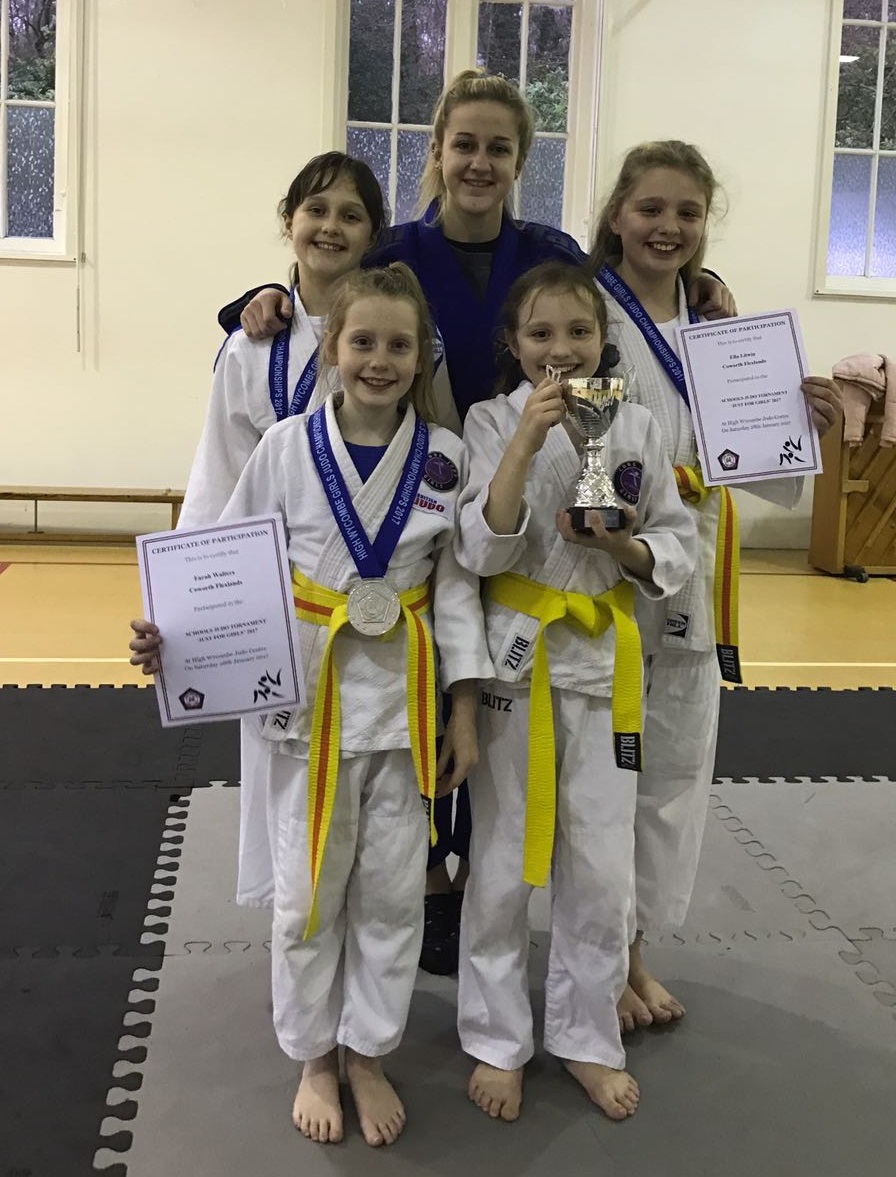 Halstead Prep and Coworth Flexlands held their termly fixture on Friday - It was a huge success, with the girls having a group training session with coaches Sam and Jade, followed by the team event match.
It was fantastic to see the girls from both schools integrating so well in the training session, pairing up with one-another and enjoying judo.
The match, as always, was very exiting with both teams putting out the younger children of the judo squads to give them the experience of representing their school.
It concluded with Halstead Prep retaining the cup, winning 4-0 with 3 draws, an excellent performance from all involved.
Jonathon and I were really impressed with the girls team work, sportsmanship and attitude in victory and defeat.
They were brilliant ambassadors for their schools

Bishopsgate school had a fantastic IAPS Championships on Saturday at High Wycombe.
This time it was the youngest members of the school class that were in action and they produced their best ever results- all from players who only do judo in school.
Well done to all the players involved and a special mention to coach Sam and the other GB guest coaches, Owen Livesey and Jack Barnes.

The following players represented their school:

Thomas and Harry both won matches in their weight divisions and fought very well.
4 medals were won in the 7-9 year old section, in the schools best ever medal haul from this section, taking their IAPS medal haul to 8 medals from the 2016 IAPS and medals won in every section for the first time.
‘ 2016 has been a fantastic year for Bishopsgate Judo, to medal at every event is testament to the hard work the students have been putting in at training week in week out.
However what has impressed me most from these results are the performances from some of our youngest players, to win a fight in your first I.A.P.S. is a huge accomplishment in unfamiliar and, at times, intimidating surroundings.
It takes a huge amount of courage and determination to step on that mat by yourself to represent your school, and for that you deserve a huge amount of praise’ - Coach Samuel

On Saturday 12th March 2016, Core Judo had many players representing their schools in the 2016 I.A.P.S national championships at High Wycombe. Bishopsgate School had a small but strong team in the tournament and team captain, Luke Austen, won his fourth consecutive IAPS titile to go one better than his older brother Ben! There were many outstanding performances and Bishopsgate School has now had champions in both IAPS national judo events this year, a superb achievement. Next up in May, is the 7-9 year old division for the school.

On Saturday 30th January, judoka from Bishopsgate, Halstead Prep and Coworth Flexlands were in action at the I.A.P.S Girls Championships 2016. This event was very well attended and the quality of opposition was of a high standard. The Core judoka had an extremely successful day, winning 8 medals. This was also the first time Halstead Prep had entered into the event so it was exellent exeperience for all involved.

A special note must be made to Arwaa Choudary (Halstead Prep) and Maribel Harvey (Bishopsgate School) who both had exellent days and were very unfortunate not to win the bronze medal, finishing in a hard fought 5th Place. 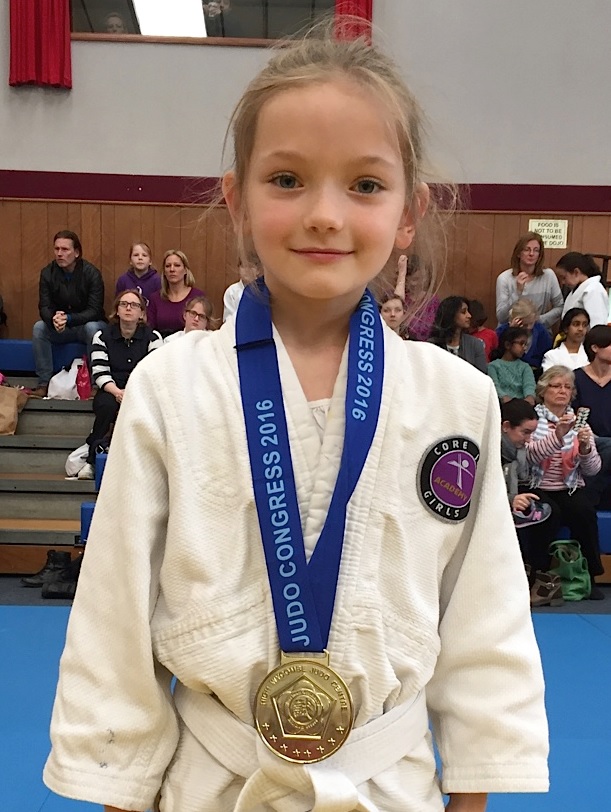 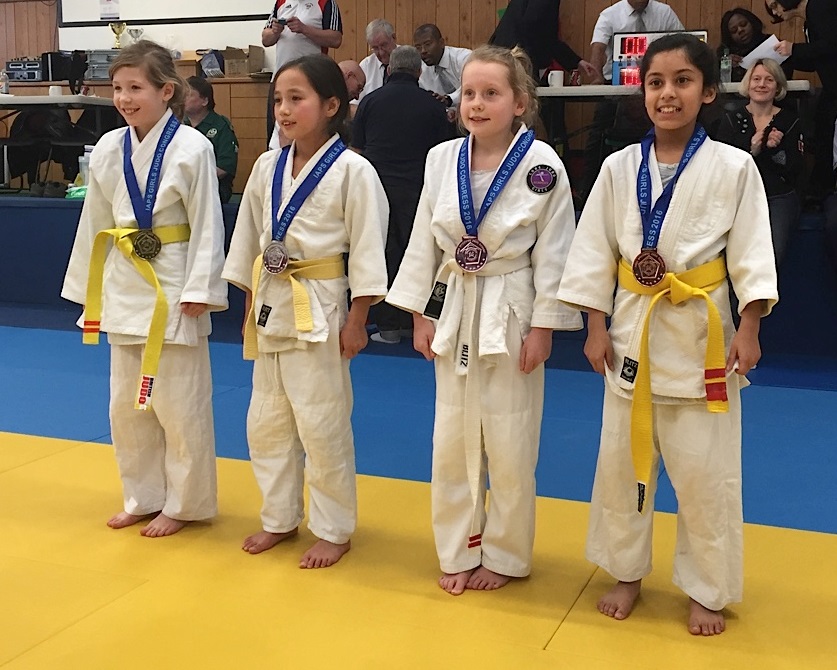 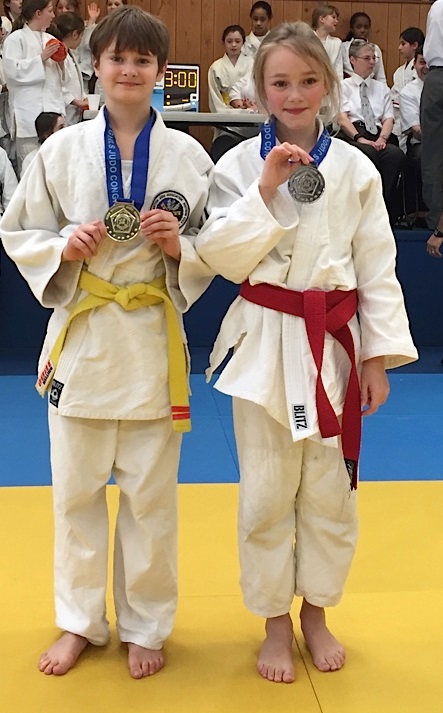 Core Judo hosted their annual Judo tournament on Sunday 8th November at ACS International school in Egham. It was a fantastic day of competing by all Judoka involved, with Core Judo's Academy players acting as coaches, table offcials and helpers. 140 players took part from 15 different schools 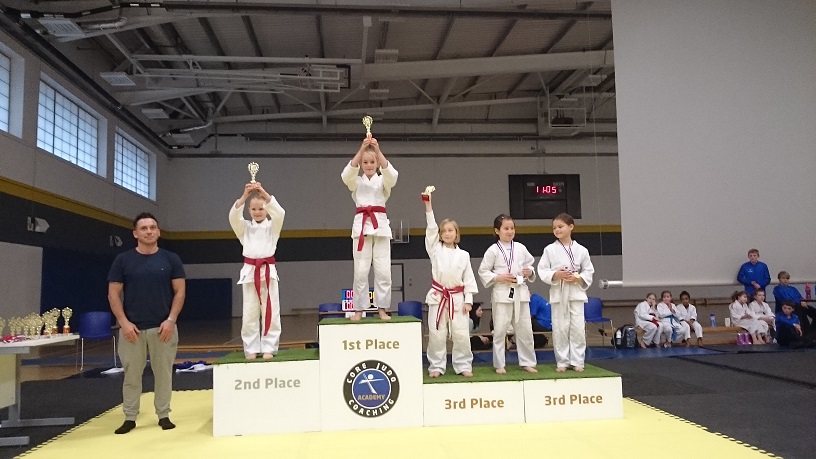 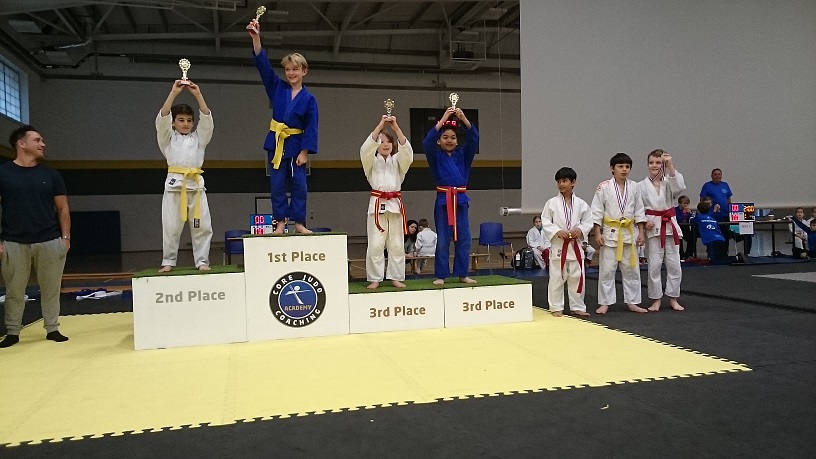 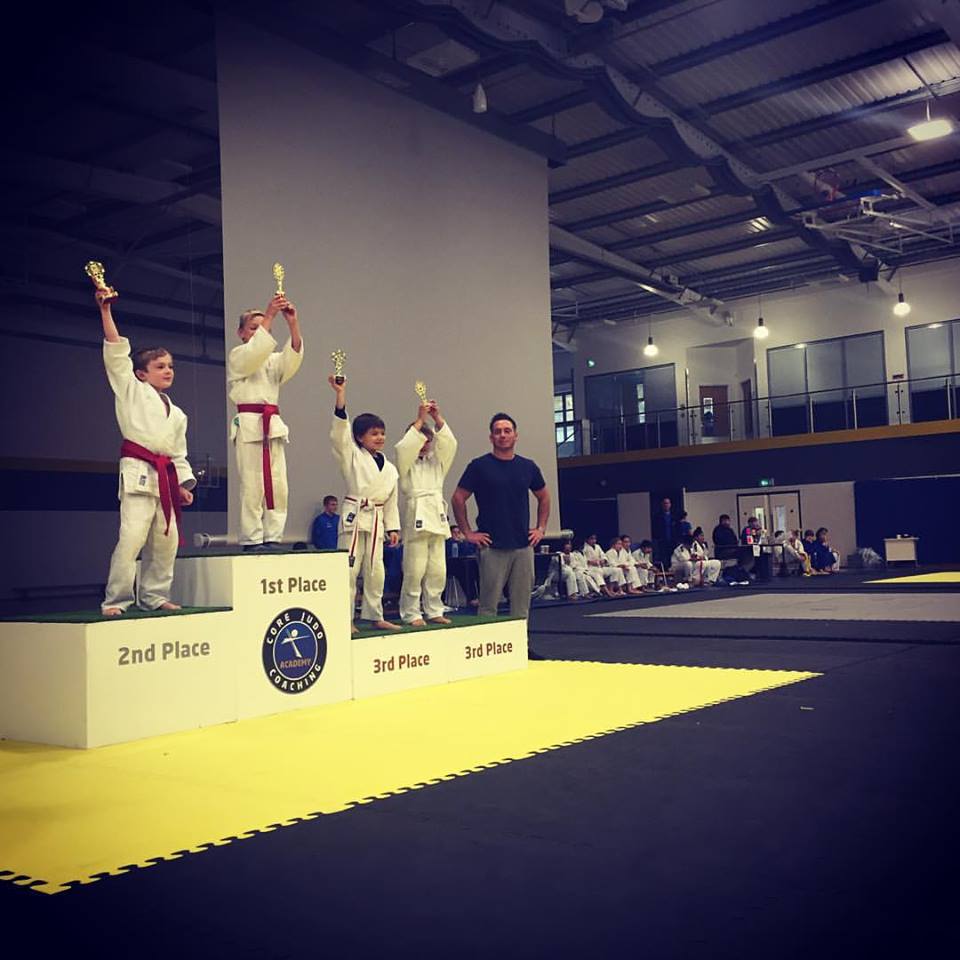 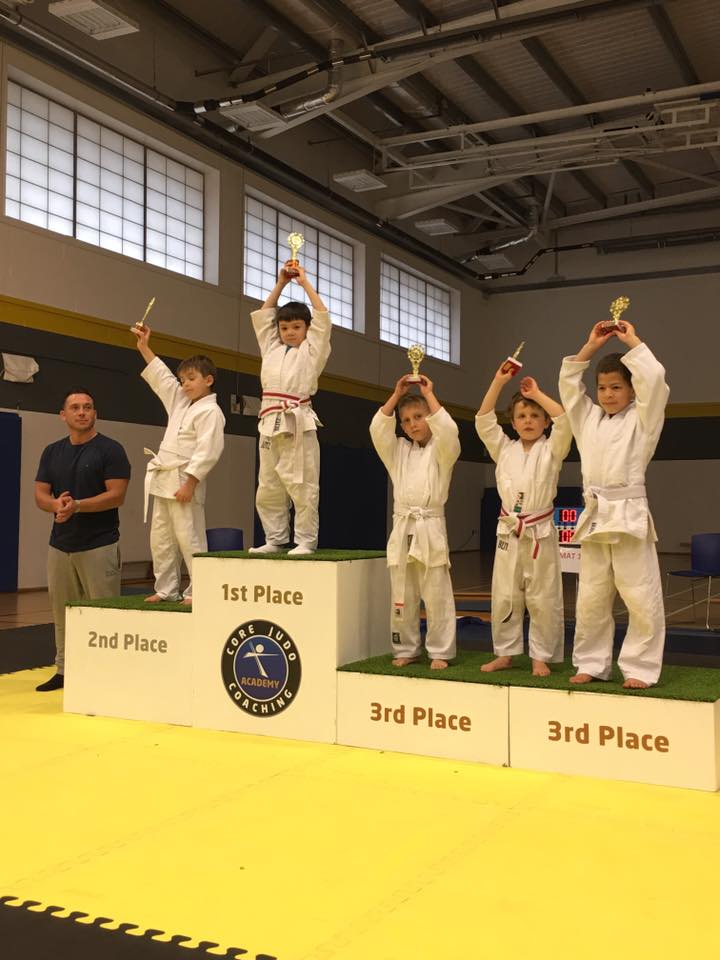 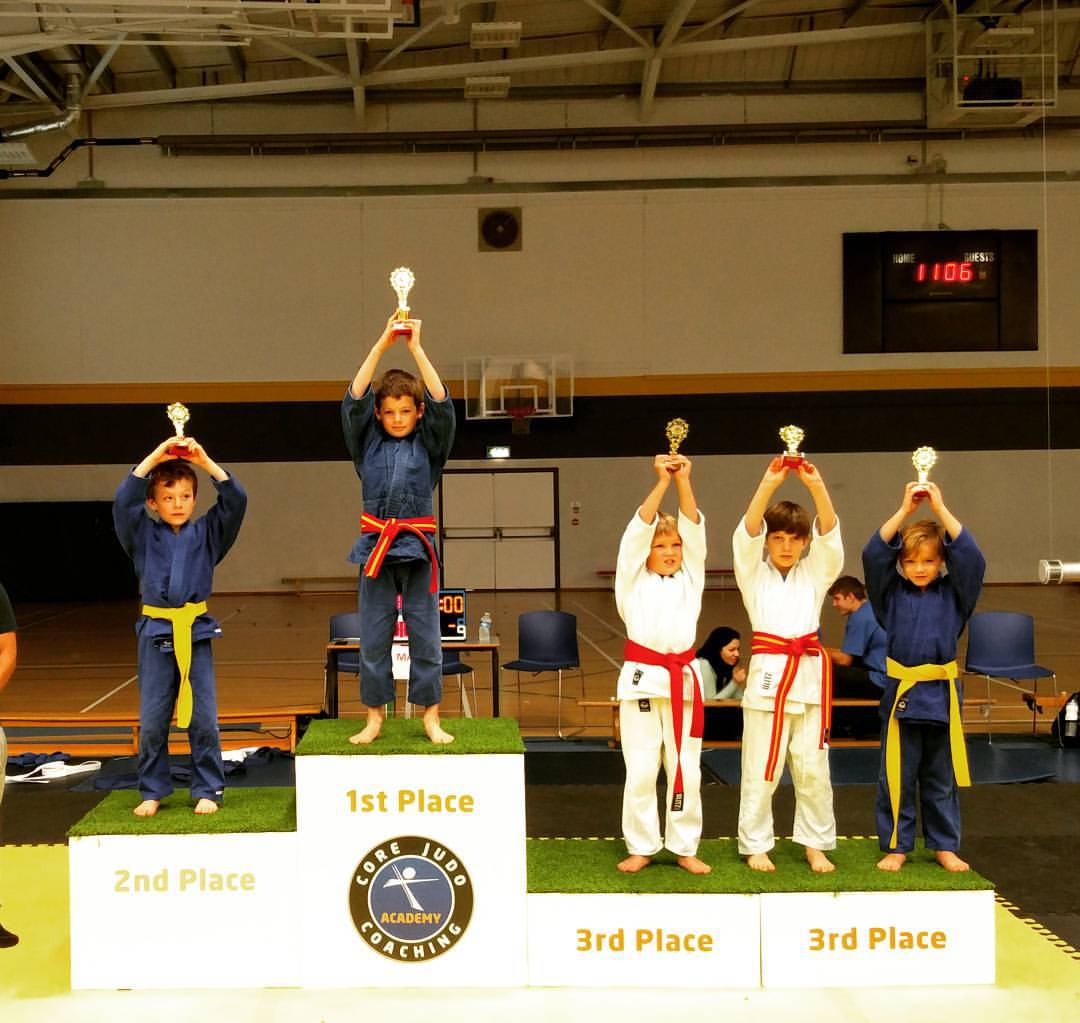 in return team event against Coworth-Flexlands 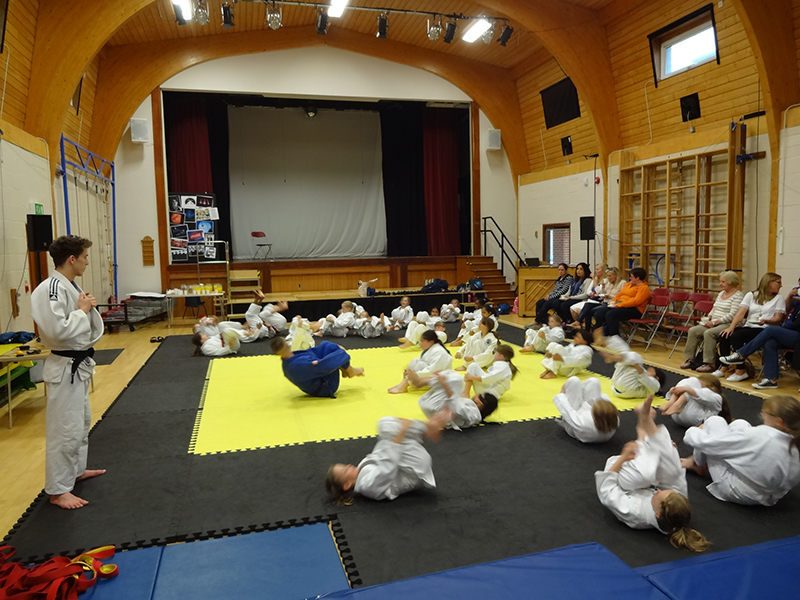 Well done to all the girls who attended the group training session at Halstead prep. It was a great atmosphere and great to see so many girls playing judo together. 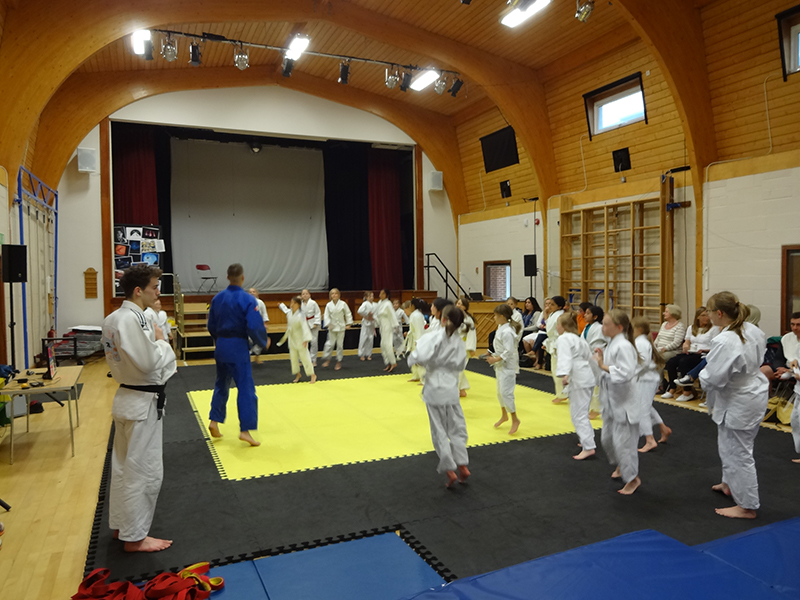 The team match was a chance for the girls to test themselves in a competition format. Halstead won this fixture 5-1 with 1 draw.
There were some excellent matches and the score line was much closer that it suggests. Well done to the less experienced judoka who fought.
Many thanks to Bryony for accompanying the Coworth- Flexlands team and to Shirley and Halstead for putting on a lovely spread and welcoming the children and parents.

Well done to all those that attended our grading day on Saturday 6th June.

We had 80 children grade and it was a huge success. We couldn't have done it without the hard work from Coaches Samuel Wyke, Sean Dineen and guest appearance from new GB coach Matthew Purssey.

It was lovely to see Great Britain stars Nathon Burns and Owen Livesey come along to see the stars of the future...

Some fantastic technique on display and great to see the progression.

Good to see some Pinewood players attend the training session which had a lovely atmosphere at the end and thanks to Wayne Gorman for his BBQ and judo skills...

Well done to Bishopsgate School for another fantastic performance at the IAPS Championships. This time it was the turn for the schools young talent to shine in the 7-9 year old tournament held at High Wycombe Judo centre on May 16th. For many this was their first judo tournament and there were brilliant performances and results.

Well done to the selected team:

Jay Bennett stormed to the Gold medal, defeating everyone by ippon, the maximum score and his team mates were in equally impressive form with Charlie White recording a brilliant bronze in the u38kg with some lovely throws.

Joshan Gosal won an excellent bronze medal in only his second ever tournament and Freddie Ostrowski came 5th out of 25 boys, narrowly losing the bronze medal final.

Everyone won matches and it was a great team effort led by Coach Sam. Stars for the future following in the footsteps of British Champions Ben & Luke Austen and George Davies from a hotbed of judo talent at Bishgopsgate School.